Remote Services Are Here To Stay

Some forms of remote support are likely to continue long after COVID-19, but how those services will be implemented and reimbursed remains to be seen. The year 2020 may not have brought flying cars like we were promised in “Back to the Future”, but it did bring about some futuristic changes — including the transition to virtual services.

It’s a change that many disability service providers agree will remain even after the pandemic is over, but there are a lot of questions — and a fair bit of apprehension — about what that will look like and how providers will be reimbursed.

How states have handled the shift to remote services

Across the country, individual states and funders have varied widely in their approach to the transition to remote services as an alternative to traditional in-person supports during COVID-19.

Early in the pandemic, the California Department of Developmental Services (DDS) authorized payments for alternative services for nonresidential consumers. Under the directive, service providers are able to “offer supports that differ from their traditional program design and respond to any new needs and interests that have emerged as a result of the COVID-19 pandemic”, ranging from live and pre-recorded video classes, to supporting the set up, training, and use of technology devices.

While these alternative services enable providers to tailor support to meet people where they are, they also significantly affect how rates are calculated.

‘It completely changed the way that they provide services in California, because the rates are completely different,” says Preston Finkle, SETWorks’ Client Operations Director.

Instead of getting reimbursed hourly like traditional in-person services, providers bill for alternative services using a monthly rate.

Like California, Washington exercised its authority to give providers greater flexibility while mitigating the risk of exposure to COVID-19. With many employed individuals with disabilities not working during the pandemic, Washington counties reimbursed supported employment agencies for the hours they would ordinarily have provided. Counties based the calculation on actual hours provided using figures from previous months.

In other states, such as Missouri, many providers were forced to close their doors completely amid spikes in COVID-19 cases. Even when individuals did return to in-person programs, services were sporadic due to closures in response to local outbreaks.

Download our free guide, “5 Steps to Becoming A Data-Driven Organization”

Before COVID-19, disability services were almost always delivered face-to-face. On rare occasions, a family member might have called in to an ISP review over Zoom if they were unable to attend in person.

Almost immediately when the pandemic hit, some teams started meeting with families online to go over ISPs and sign documents digitally. Usage of SETWorks’ external signature request feature — which allows staff to request signatures on forms via email — also took off last year.

After COVID-19, what happens to virtual services?

As the vaccine rollout continues, many providers are ending virtual programs and beginning to return clients to in-person services. However,  others are eager to continue with an alternative services model they say is working for them and their clients.

At a SETWorks client roundtable in May, providers in California opened up about the many benefits of the alternative services model, such as less travel time, more flexibility, and expanded access.

“If you have a day program that’s provided in a facility, you can only have so many people attend based on limited physical space — whereas if you hold a Zoom call, you can have many more people attend,” says Mat Koelling, SETWorks’ Implementation Manager.

“So providers were seeing they could have a day program that normally would have 10 people join be able to have 20 people from different counties or regional centers, which opens it up to a wider perspective,” Matt explains.

In Washington and other states, Preston says that supported employment agencies don’t want to give up the flexibility of remote services for a full return to in-person. “Instead of driving from one job coaching visit to the next and back to the office, you can do all these other pieces from wherever you’d like.”

The shift has not only had benefits for providers, but consumers as well. Remote services provided through video conferencing and mobile apps offer alternatives to traditional in-person settings.

In California, which is working toward implementing a Self-Determination Program, virtual services have given consumers more choices in how they access supports.

“If they’re not feeling well that day or just have problems with transportation, they can still call in and participate in a day program or whatever it might be for that day,” says Mat.

Whether or not consumers will continue to have the option of remote services depends largely on how states decide to structure their rates.

“It all comes down to how much providers are going to get paid,” says Preston. “Are they going to be able to pay their people?”

In Pennsylvania, where rates for both in-person and virtual services were temporarily increased during the pandemic, the enhanced rates ended on June 30. Going forward, providers say they expect that the state will continue to allow virtual services — but at a lower rate and higher ratio.

Although many states are still divided over how much money to keep spending on virtual supports, the general consensus seems to be that remote services are here to stay.

It’s a path that will lead to more choices and autonomy for individuals in how they access services, but also comes with a new set of demands for providers.

Navigating these evolving requirements won’t be easy. Even within individual states, there have been significant differences in how counties and regional centers have interpreted remote service mandates, leading to confusion about implementation, rate calculations, and reporting. Providers who operate in multiple regional centers must be especially attentive to individual requirements for documentation and billing.

An added complication is the ongoing DSP staffing crisis. Whether in-person or virtual, many agencies saw higher-than-normal turnover during the pandemic.

Initial attempts to bring clients back face-to-face have been characterized by stops and starts, making it difficult for many providers to fully staff their programs. In some cases, agencies brought staff back only to lay them off again a few weeks later when restrictions were reinstated.

And in many parts of the country, especially rural ones, individuals lacked either access to the internet or a computer — or both. Purchasing an iPad to join Zoom classes is significantly cheaper in the long run than providing transportation to and from in-person services, so it’s easy to imagine a future where the focus is on getting more technology into the hands of individuals.

After a trying year, Preston feels confident that disability service agencies will be able to adapt no matter how the future pans out.

“Providers in this industry are resilient. They’re used to their budgets being slashed, they’re used to requirements being backdated. You have to have pretty thick skin if you’re going to run an agency.”

What’s happening in your state? Let us know on LinkedIn or Facebook, and be sure to subscribe to the SETWorks blog for updates. 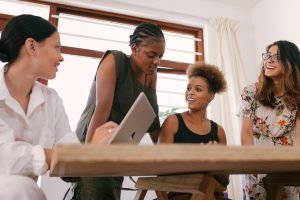 How To Spice Up Your Annual Report (With Examples!)

Create annual reports that better demonstrate your success, engage with stakeholders, and bolster support for your organization. 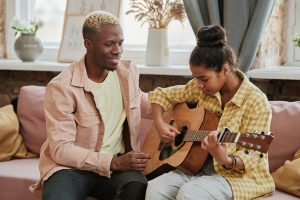 National Mentoring Month celebrates the positive impact of mentoring and raises awareness of the need for more mentors. IDD Industry Trends to Watch in 2022

From vaccine mandates to remote services, a look at the trends that will shape the IDD industry in the coming year.