Let’s celebrate the impact of nonprofit organizations in our communities.

National Nonprofit Day is an opportunity to draw attention to the important work nonprofits are doing and the positive impact they have on their communities and the world.

On August 17, we celebrate the contributions of these nonprofit organizations and the donors, staff, and volunteers that make it all possible. And there’s a lot to celebrate: Today, there are over 1.5 million nonprofits in the U.S. alone, according to the National Center for Charitable Statistics. Nonprofit organizations employ 10% of the U.S. workforce and raise over $427 billion in donations each year. These donations help support individuals with disabilities, fight hunger, clean up the environment, and find cures for diseases — among other things.

In this article, we’ll share some ideas for how you can celebrate National Nonprofit Day — but first, let’s look at how we got here.

History of Nonprofit Organizations in America

Although the U.S. nonprofit sector didn’t formally exist until the mid-1900’s, the history of charitable giving goes back to before the American Revolution. Organizations like the volunteer-based Union Fire Company in Philadelphia and the Pennsylvania Abolition Society were among the first nonprofit organizations in America. In the 1800’s, other nonprofits like the Peabody Education Fund and the YMCA were established in order to improve social conditions and give back to their communities.

Then, around the time of World War I, the federal government passed the War Revenue Act of 1917, which greatly increased income taxes to raise money for the war effort. Recognizing the need to protect charitable organizations like the American Red Cross and encourage wealthy Americans to continue donating money, the Act included a provision that established the individual income tax deduction for charitable donations — which still exists today.

By World War II, individual citizens were heavily involved in fundraising and volunteering for nonprofits like the Red Cross and United Service Organizations (USO). Private companies also got involved, forming private foundations like the Ford Foundation.

As a nonprofit organization, you might be looking for some ways to celebrate National Nonprofit Day. Here are five ideas to get you started:

When you’re running a nonprofit, it’s easy to get caught up in the day-to-day hustle and lose sight of how much progress you’ve made. National Nonprofit Day is an important time to pause and reflect on all that you’ve accomplished. This might mean treating your team to a special lunch, sharing wins during your staff meeting, or sending a company-wide shoutout. Not only will this make everyone feel good in the moment, it will help you stay motivated as you work toward your next goal.

2. Thank your staff and volunteers

In addition to celebrating your organization’s accomplishments as a whole, National Nonprofit Day is also an opportunity to thank the individuals who make achieving your mission possible. Of course, praise doesn’t need to be extravagant to be effective. A personalized note from a manager or CEO can be an ideal way to do this. Publicly expressing appreciation for individual team members during a staff huddle, at an awards banquet, or in your company newsletter is another way to build positive energy.

Achieving your nonprofit’s mission wouldn’t be possible without the support of donors big and small. Donor recognition walls — both physical and virtual — are a popular way to publicly recognize donors’ contributions. A phone call or video message recorded by your team is another simple way to thank your supporters. These small gestures show donors how much you appreciate their support and can have a major impact on donor retention.

Sharing your success stories is another way to celebrate National Nonprofit Day. It helps raise awareness for the work you’re doing and your mission. It’s also a great way to highlight the positive impact your organization has on the community. This can be as simple as sharing a client story or video on your social media channels. Don’t forget to use the hashtag #NationalNonprofitDay to help spread the word.

Did you know that approximately 30% of Americans — 77.9 million people — routinely volunteer their time and talents? This adds up to a lot of individuals looking for local volunteer opportunities. On National Nonprofit Day, team up with other agencies in your area to plan a volunteer fair. A volunteer fair gives community members, high school and college students a chance to explore local volunteer opportunities and get involved with causes they care about. In turn, the organizations hosting the fair will be able to connect directly with individuals who are actively searching for a place to donate their time.

Whether you host a team celebration dinner for your staff or send a special shout-out to your donors, National Nonprofit Day is a great time to celebrate all that nonprofits contribute to our communities. For more events and observances you can participate in all year, download our free Disability Events Calendar. 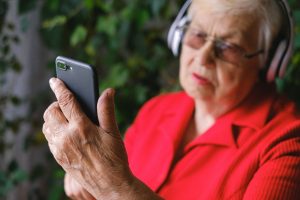 15 Ways To Use A Smartphone As Assistive Technology

With the advancement of smartphone apps and accessibility settings, the assistive technology solution you need might already be in your pocket. 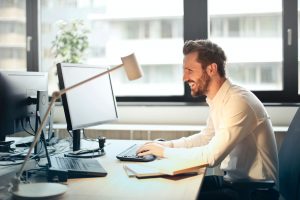 We asked our team of software experts to share their favorite features and shortcuts. Here’s what they had to say.